The book's Introduction to military style remote viewing is our unprecedented insight on the late Princess Diana's auto accident.

In the book's Introduction, the reader is treated to the targeting of Security Chief Henri Paul at the Hotel Ritz Paris. The story ultimately moves into the Mercedes for Princess Diana Spencer's high speed auto chase on August 31, 1997. This tasking provided previously unknown information regarding:

a) Driver Henri Paul's whereabouts before he returned to the hotel that night. Had he really been drinking?

c) An amazing through the windshield RV narrative describing what Henri Paul saw during his last minute of life (this you need to read);

e) It ends with a twist that makes it, perhaps, the world's most amazing book Introduction.

Also Included in these books is:

1) A declassified [Pres. Clinton Executive Order# 1995-4-17] overview from the founding PhD detailing the C.I.A. funded Stanford University research program ordered to determine if Remote Viewing, "might have any utility for intelligence collection." The text includes the original Remote Viewing drawings that moved the program into real world application;

2) The exact language of the Military's Legion of Merit Medal award citation;

4) A military viewer's encounters with a person from a foreign psychic intelligence program. Learn about the interaction of two remote viewers occasionally running into each other at different targets, from the other side of the world. Find out who bailed out;

6) An inside the Outfit viewers Book List enabling enthusiasts to go straight to other texts for first hand, insider and auto-biographical data;

7) A detailed description of the other mysteries solved in the Evidential Details series;

8) Viewer credentials. This military Intelligence resume will likely be the most incredible one you, or anyone in Human Resources, will ever read;

9) An overview of the Army's Council General's dispute with the Surgeon General as to whether remote viewing fit the "human use" criterion, which went all the way to the Secretary of the Army for resolution;

10) All the books in the Evidential Details series are heavily researched and footnoted. They all have supporting documentation, bibliographies, extensive pictures and some incredible Remote Viewing art work.

Mix all this with the book's main story, and you have something you will want to read immediately and show others.

In pre-market testing, we never saw anyone that wasn't fascinated that such books could exist. One guy bought our copy at a library! After looking it over he said, "How much for this book?" and pulled out his wallet! People also appreciate getting these books as gifts.

One reader e-mailed us: The book was excellent. Not too long and not too short either and your research was particularly very good.

"I have read the book and will now read it again more slowly to take it all in. I thought it was great. I know a lot of the background to RV and it ticks all the boxes, and the level of detail given by Joe M was amazing. The Princess Diana work was intriguing. I am a great Joe McMoneagle fan. He is something of a legend in Remote Viewing circles. With ability like that it is not surprising. Amazing detail. The Amelia Earhart session(s) were great. All in all an excellent book, and worth the extra postage to read."

Read what really happened as Princes

Diana got into the car in her last minutes? 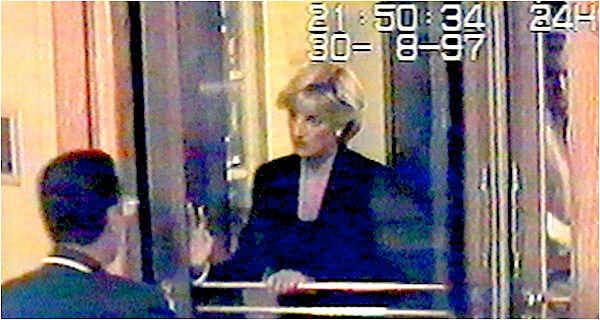